Krupanidhi Group of Institutions celebrated the birthday event of Chandrashekara Kambar’s Kannada Poet, Novelist birthday, on 4th of January 2022 with Dr. Sravana Kumar as the event comvenor. The venue for the event is Phronesis

Initiallay 1st year MBA student, Harsha C gave an intro speech regarding Chandrasekara Kambara in Kannada. Chandrashekara Kambara born on 2nd of January 1937 is a prominent Indian poet, playwright, folklorist, film director in Kannada language and the founder-vice-chancellor of Kannada University in Dharwad and also the president of the Sahitya Academy, country’s premier literary institution. Afterwards, Dean of the Department of MBA, Dr. Sarita Iyer ma’am spoke about Sir and delivered a 10-minute speech on the life history and achievements of Chandrashekara Kambara.

Next to the mesmerizing speech by Dr. Sarita Iyer, Prof. Pushpa Gowri ma’am was asked to address the gathering and ma’am delivered an informative and meaningful speech about Chandrashekara Kambara in Kannada language.

Dr. Sravana Kumar played a video of Kadukudure Odibanditha song composed by Chandrashekara Kambara was played. Then one of our classmate Misba Banu volunteered herself to speak more about him.

Some of the awards of Chandrashekara Kambara were mentioned that is

After the fascinating speech, a Vote of thanks was given by Alwin Selva Kumar and Shoaib Akther to thank all the mentors, Dean Madam and the event Convenor who helped to make this event successful. 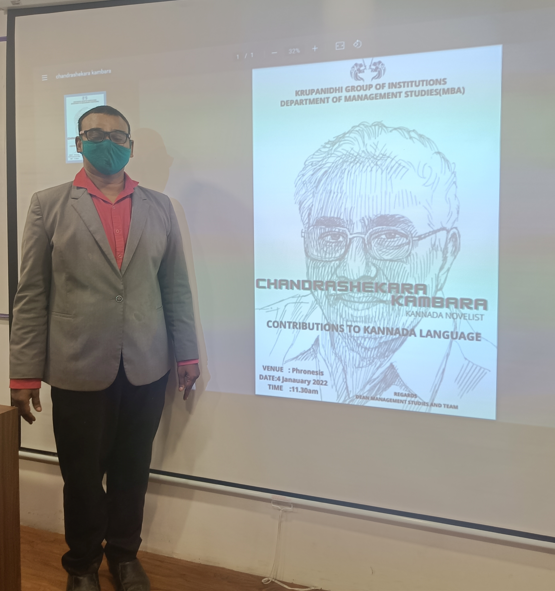 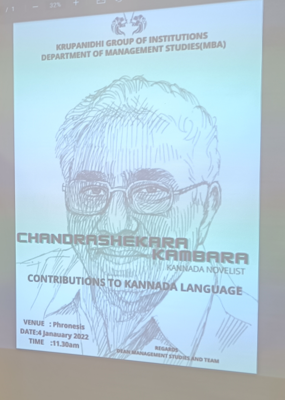 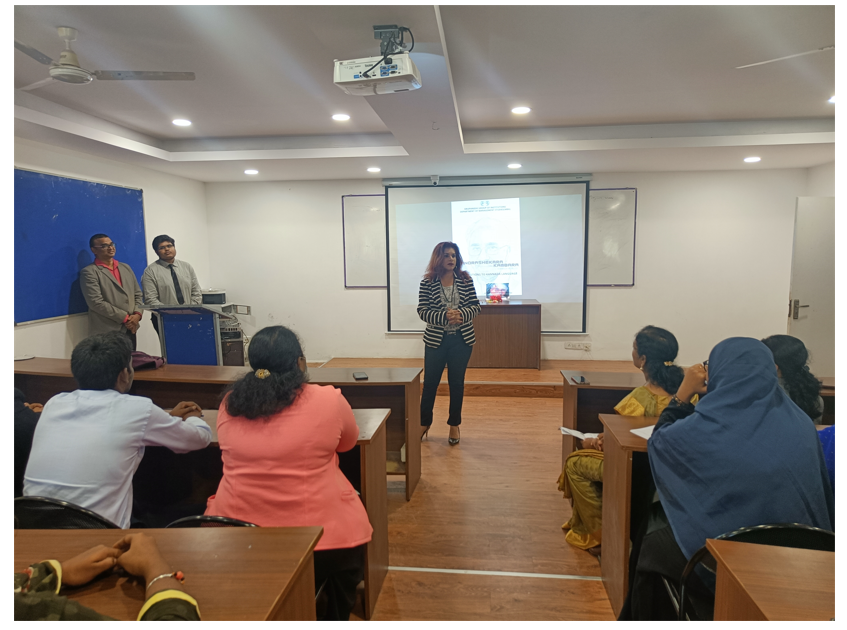 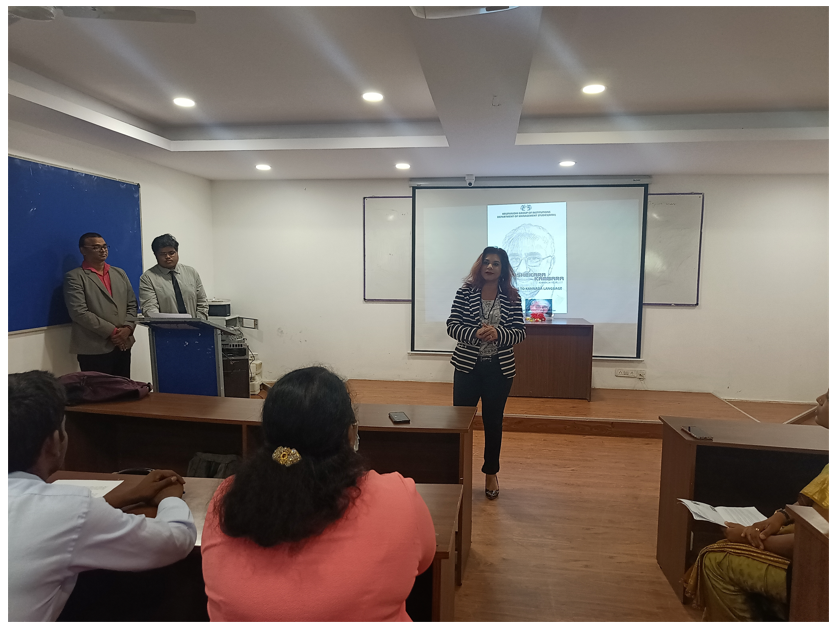 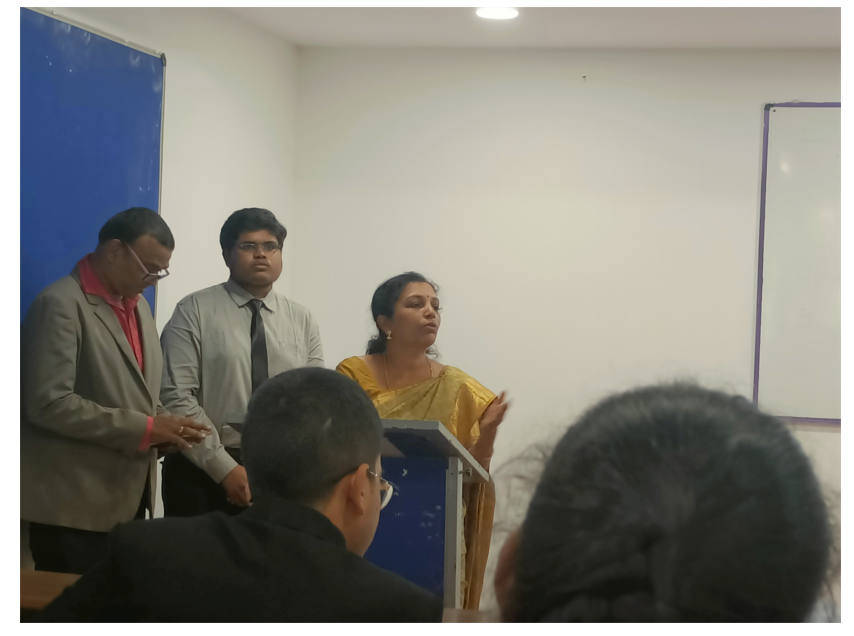 The Christmas celebration of Krupanidhi Group of Institutions. Department of Management Studies, Bangalore took place on the 23rd of December 2021 under the guidance & leadership of Dr Sarita Iyer, Dean Management Studies.

The session commenced with the Master of Ceremonies Mr. Ridhin R and Ms. Rajashree Raja welcoming the guests for the celebration. This was followed by Dr. Sarita Iyer, Dean Management Studies who addressed the gathering.

The aura was full of bliss through a nativity play enacted by the students of MBA batch 2021-23. The students portrayed the birth of Jesus Christ through the musical drama consisting of Carols Silent Night, O Come All Ye Faithful & Mary’s Boy Child.

The mood was then elated with the appearing of Santa Claus to the tune of Jingle bells. All students presented the faculties with Christmas Cards. The gathering then proceeded to dine on plum cakes, keeping in mind the sync with the theme of Christmas.

The festivities were concluded with a vote of thanks from Ms. Monika. The conveners for the event were Prof. Urmi & Prof. Antra.